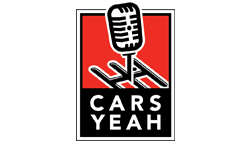 Bill Windham is the Auction Director at the Saratoga Automobile Museum in Saratoga Springs, New York. Bill's career experience includes being the Vice President of the Classic Car Division Murphy Auctions, Auctions America, RM Auctions, he ran a successful classic car export business, worked at Brumos Porsche, and spent time working with other major German manufacturers at the dealer level. Bill grew up around racing and sports cars and he had an uncle who owned a British restoration shop.

His experience with motorsports included being the PR Director for the Reading Fairgrounds, a famous dirt track. He worked at Penske Racing for the Indy, NASCAR, and North American F1 teams. Bill was also with the Works March Indy Team, with Mike Skinner in NASCAR, and he drove Formula Vee, Formula Ford, and Formula Atlantic SCCA.

The Museum's Fourth Annual Saratoga Motorcar Auction takes place at the Saratoga Performing Arts Center (SPAC) over the course of two days, Friday, September 18 and Saturday, September 19.
The Auction will be conducted by the world-renowned Auctioneer Brent Earlywine. There will be a wide variety of automobile marques including modern exotics and classic cars.

The Auction is the largest fundraiser of the Saratoga Automobile Museum, a 501(c) 3 not-for-profit institution.

Click here to listen to Bill's interview over on Cars Yeah! with Mark Greene