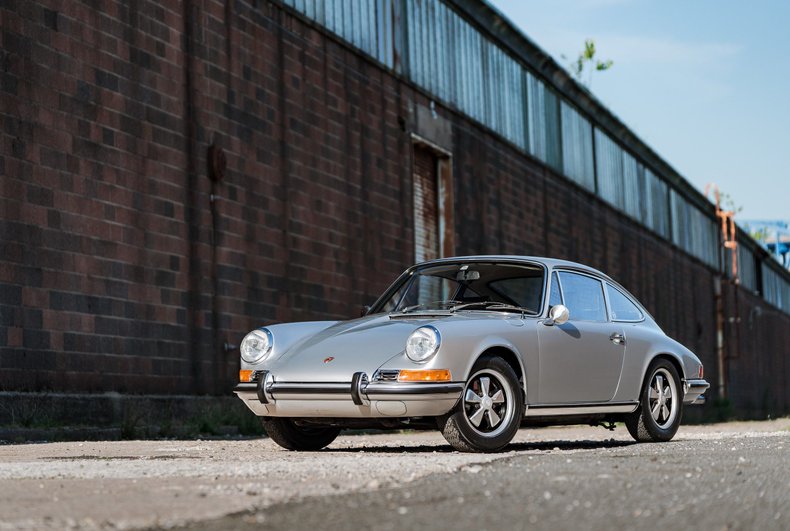 The Porsche 911 is perhaps one of the automotive histories longest-running models. As a result, it is also a car that is continually being re-engineered, redeveloped, and improved upon generation after generation, all while keeping the classic lines and experience of the famed 911 intact. The first production model was introduced in 1964/65, but it was evident that by 1968 a change was necessary. The plan was to offer a range of models within the 911 line-up. The result by 1969 was 3 different 911's to choose from, the T, E, and S variants of which all could be tailored for the ordering customer with a variety of interesting options. The T was the base model which by 1970 still had carburation; the E and S variants were both fuel-injected and offered additional power and a top speed over the T. The S however was the pinnacle of power for production 911 models in 1970. It offered the type 911/02 motor which produced 178HP and higher top speed than any before it. This was Porsche entering into its prime and these “long-hood” 911's would go down in history as the most coveted and a true representation of what a 911 should be.

The example on offer, Chassis # 9110300418 offers a genuine lineage of ownership and an inviting condition. Comparing the car to the accompanying Porsche Certificate of Authenticity, we can see that it sports its original colors. It even has some unique options such as a 110 Liter Fuel Tank, raised front seat by 20MM and a raised steering wheel hub. Most importantly though, this “S” retains its original engine, number 6300402. Beyond the excellent presentation, there is something just as important that one doesn't always have the opportunity to acquire when purchasing a collector car, to any degree. That something is history. In this particular 911's case, extremely well-documented history, on paper, from day one to current with no gaps or inconsistencies. From its original sale to its most recent oil change, the lineage of who, where, what, when and even why can be clearly understood. A rarity but also a treasure not to be overlooked