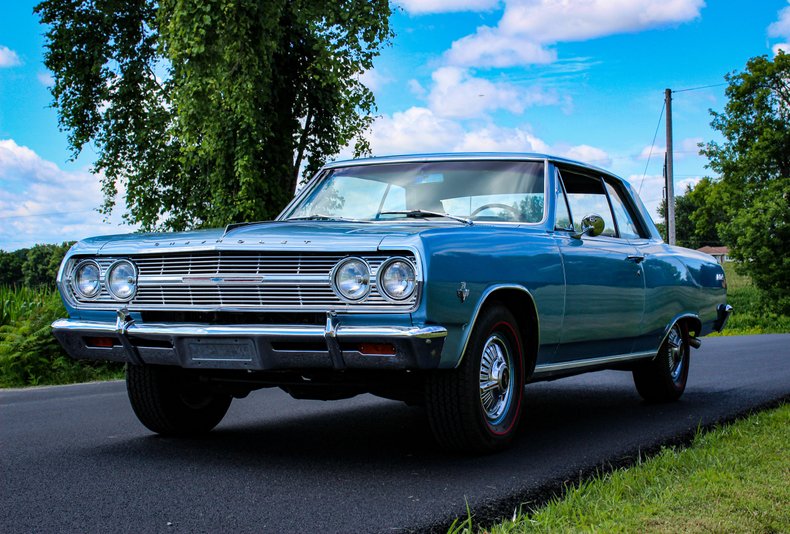 The Chevrolet Chevelle is a mid-sized car built by Chevrolet for three generations from1964 to 1977. Although the 1971 Chevelle retained the 1970 body, the front-end and rear-end styling were upgraded to include large Power-Beam single-unit headlights, a reworked grille and bumper, and integral park/signal/marker lights. The grille was widened and featured a bright horizontal bar that divided it into two sections. A small "Chevelle" nameplate was located in the lower left corner of the grille. New dual round taillights were integral with the back bumper.

Chevrolet's entry into the muscle car world was the Chevelle Super Sport or S.S. model. Early 1964 and 1965 models had a Malibu SS badge on the rear quarter panel. This fine example of a Malibu badged Chevelle has the 327 cu.in. eight-cylinder engine producing 350 hp mated to a three-speed automatic transmission. This Chevelle also comes equipped with power steering, windows and an original interior. This Super Sport has a non-matching number engine but is ready to be enjoyed on the open road.