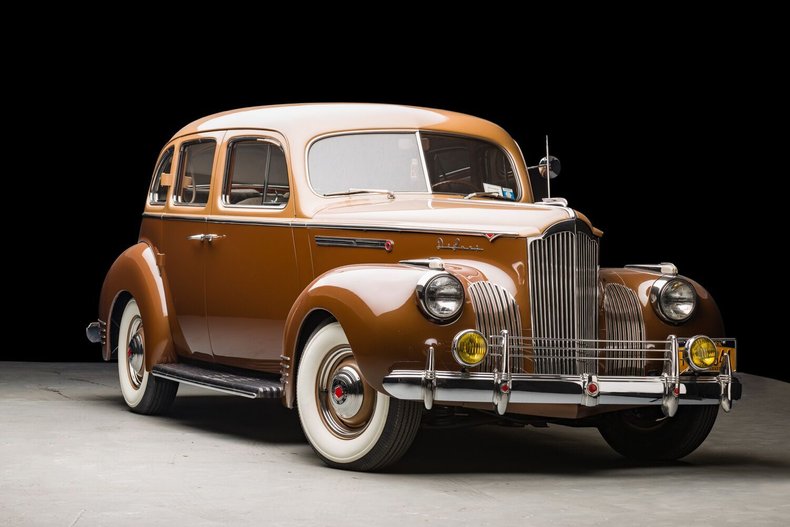 This 1941 Packard 110 Deluxe was sold new by Hon, Smithson & Raymond a Packard Dealer from Chicago Illinois on 7-14-1941. This car has won several Awards including a Best of Show which will be included with the sale. This is a great example of a 1941 Packard Deluxe. There have not been any modifications made to this vehicle and it runs and drives beautifully!! Interior has been kept to original appearance and does not show any abnormal wear.
237 CI Inline Flathead 6
3 speed manual column shift
“Safe-T-Flex” front suspension as well as the four-wheel hydraulic brakes

* Car is in original condition - no modifications
* Car is in Excellent condition
* Has been very well cared
* Runs and operates beautifully
* Truly an amazing example of what a 1941 Packard 110 Deluxe should be!!
* Various Awards