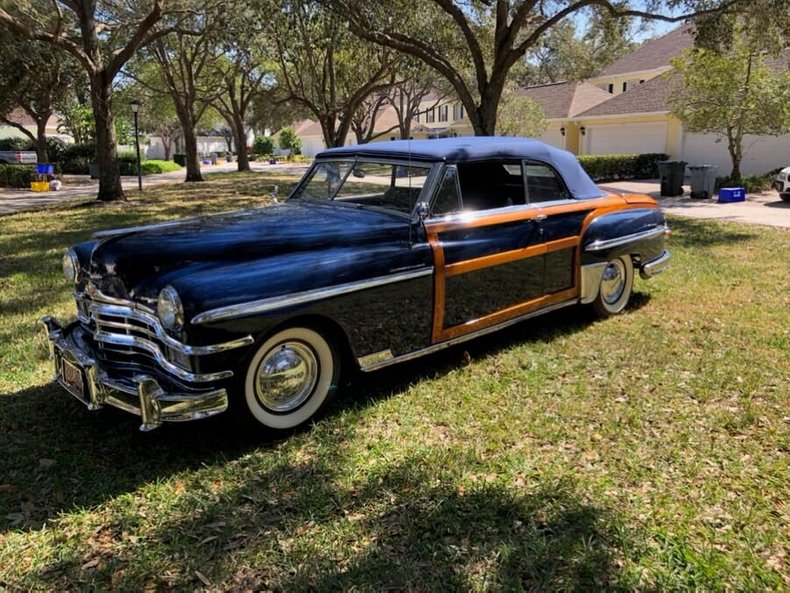 Town and Country, a popular Chrysler model series. The Town and Country was introduced in 1941 as a 6 or 9 passenger station wagon. In 1946, it was presented as a line of 6 and 8 cylinder sedans and convertibles. The eight cylinder sedan was discontinued in the year of its introduction, the six lasted until mid 1948. In 1949, the car was restyled and introduced as an eight-cylinder convertible based on a New Yorker chassis. A hardtop was considered but never reached production. For the '49 model year, however, insets were Di-noc "mahogany" decals with ash trim. This car has been restored and the decals were removed. The 933 '49 Town and Country were the last American-made cars in which wood would be used as a body component.