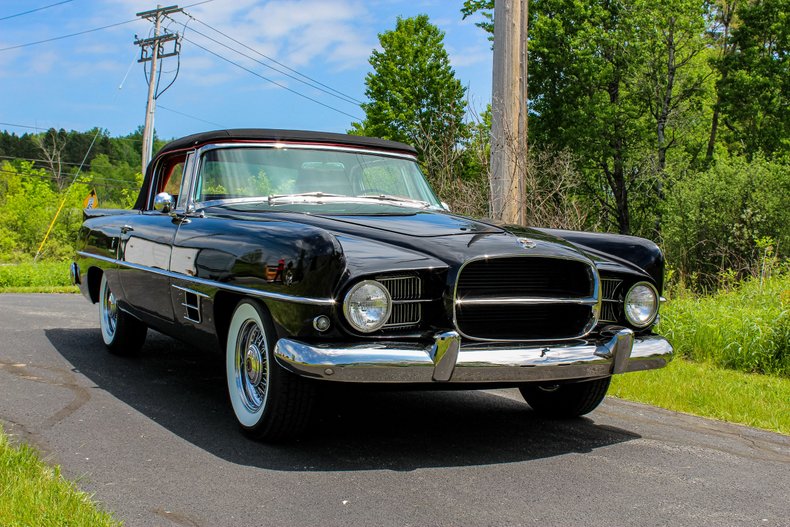 Offered is the rare Dual Ghia. Designed in the Italian studio of Carrozzeria Ghia, it made its first public appearance at the Turin Auto Show as a Chrysler Corporation dream car known as the Firearrow. The car, following the Turin show, was then shipped to the United States where its engineless design exercise was shown throughout the major auto shows throughout the country.

The entire project may have died if not for automobile enthusiast, Gene Carroll, and his Dual Motors Corporation continued the production process through his Dual Motors Corporation. Dual was a major producer of heavy military equipment during and after WWII, hence the cars name Dual Ghia. Production mechanicals were sourced from all of Chrysler's brands including Plymouth and Dodge. The 315 Cubic inch engines came in both 230 and 260 configurations with the 260 model having a dual carburetor manifold set up.

The body and chassis of the Ghia were a marriage of Italian and American parts. The Dual Ghia made its debut at the 1957 New York Sports Car show. Once described that Hollywood's elite drove Rolls Royce only because they couldn't get a Dual Ghia. Total production from 1955 through 1958 was 117 cars of which 13 were prototypes and the remaining 104 built during the production process.

Production costs escalated from an estimated $5,000 per car to $8000 by 1958. Over 1300 man hours were required in the fabrication of the bodies alone with an additional 200 hours for the installation of interior and drive train components.

Presented is a beautiful 1957 Dual Ghia in striking black exterior and contrasting red leather interior. The Black Haartz cloth top and Kelsey Hayes style wire wheels compliment the cars presentation. This particular Dual Ghia is number 151, being the 51st produced. According to noted Ghia historian, Paul Sable, it was of only 71 to still exist from the total 117 built. A truly rare and beautiful example of Italian American exotic car of its time.