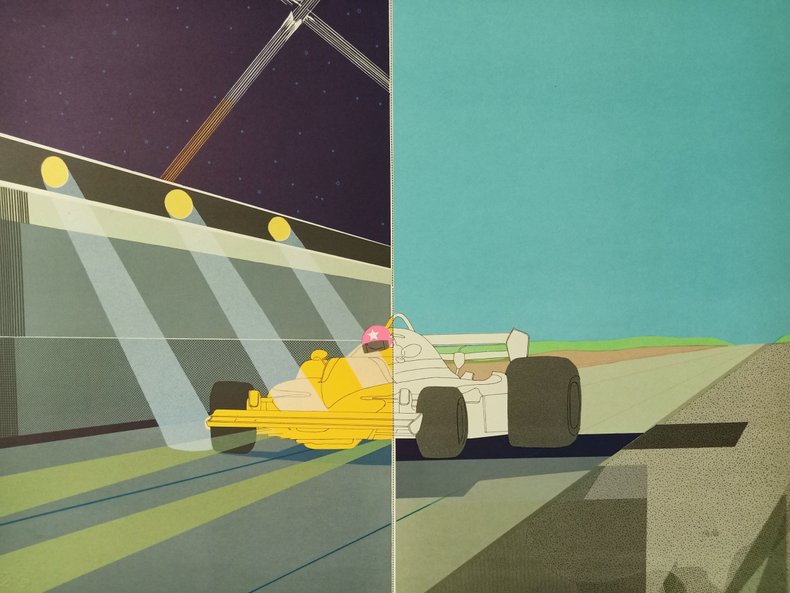 This work is donated by the Museum of Prints and Printmaking at 150 Barrett St. Schenectady NY 12305. Was professionally framed by Kettlewell & Edwards Framing and Fine Art Gallery, 13 Phila St. Saratoga Springs NY 12866.

One hundred percent of the Hammer Price of this Historically Important Industrial Designer's Print along with Kettlewell and Edwards custom made frame. Goes to the Saratoga Automobile Museum

This is an original limited-edition lithograph by Raymond Loewy, It is entitled Day and Night numbered in pencil bottom left 177/300. It was published by Circle Fine Arts bears their blind stamp also bottom left.

Also, consultant to NASA. Published several books and appeared on the cover of Time Magazine in 1949. His works have been exhibited at the Smithsonian, Museum of Modern arts and others.