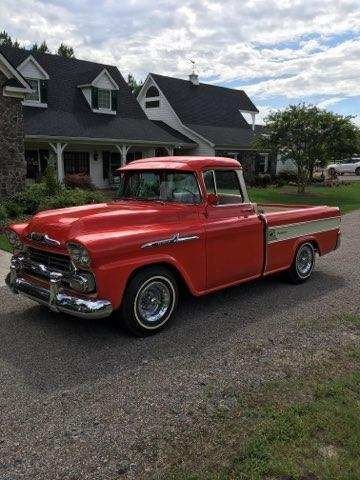 Designed by Chuck Gordon, who would later become VP of design at GM, the Cameo was built as the sole luxury truck ever produced of its period. Inside in luxurious cabin such items as carpeting, two-toned dash, cloth bench seat and am radio. This was a radical departure from traditional “work truck” designs leading up to its production. Powered by the 185 horsepower V8 283 cubic inch engine, the Cameo performed as well as it physical appearance presented.

The consigned 1958 Cameo, the last of 1,405 produced, represents the “finest of the finest” in its presented form. No attention to detail has been overlooked and the truck drives just as good as it looks. A rare opportunity to add this classic to your collection.