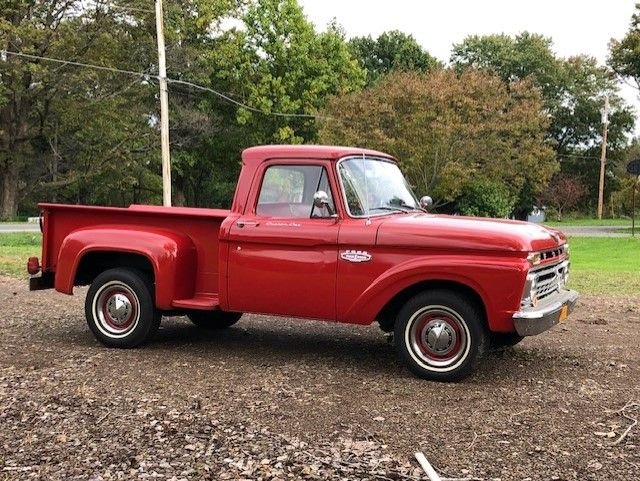 At time of purchase 352cc was optional, as was the flare-side model. Chrome bumper was also optional on the 1966 model. The flare-side (step-side) model was a special option. 1966 was the first model year of Fords twin I-beam suspension. The 352 cc was an upgrade. This vehicle was one of six identical 1966 Ford F100 pickups ordered by the City of Syracuse, NY highway department. When received by Koerner Ford the advised they could not purchase all six and this truck plus it “twin sister” were offered for sale and were purchased by the current seller's family. The two amber reflectors on the front bumper were added by the dealer per then NYS Highway Department regulations. While not manufacture's original, they are original to the time of purchase in 1966.This vehicle has been continuously garage kept since 1966.