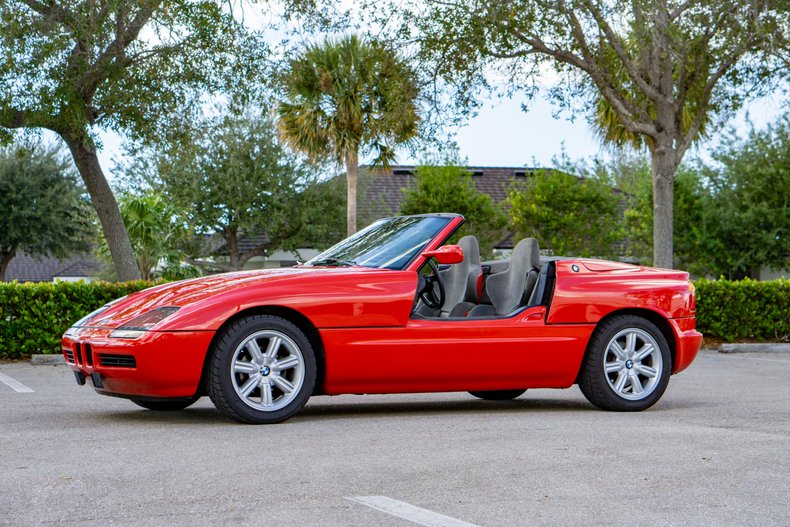 The BMW Z1 was the first two-door roadster in the company's Z series, produced in limited numbers from 1989 to 1991 at its plant in Munich, Germany.

What makes the Z1 unique is the plastic body panels and its vertically sliding doors which recess into the door sills. The Z1's body panels, and doors, were constructed using General Electric's (GE) Xenoy thermoplastic. It is worth noting that the windows and doors are driven by electric motors via toothed rubber belts and the doors and windows may be moved manually.

The car comes with a canvas convertible top and is finished in BMW's Toprot red over a black leather interior. The car was originally sold in Germany and imported to Holland until it was sold and imported into the U.S. in 2018.

The current owner acquired the Z1 in 2020 and had extensive work done to make it a reliable driver, including a new timing belt, the front wheel well liners were replaced, new tires and battery were installed, and all regular maintenance items performed. A complete set of service records for all work performed will be made available.

This is a rare chance to own a low-milage, first generation BMW Z series car that is ready for a Friday night out on the town or a Saturday morning Cars & Coffee adventure.