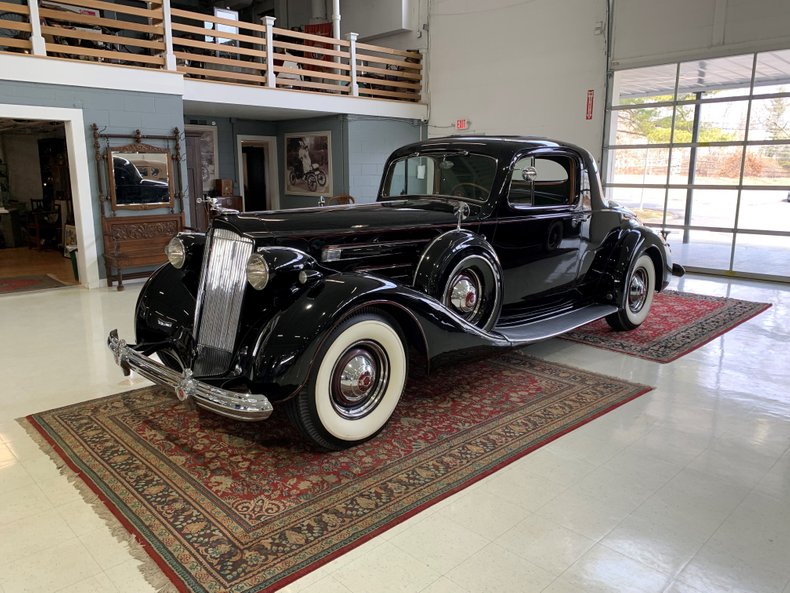 This is a 1937 Packard Model 1507 2/4 Coupe is 1 of 43 built and only seven currently known. This is believed to be a numbers matching car with a very well-known ownership history. The true mileage is unknow by the owner. It has a 3 speed manual transmission with a 12 cylinder 160 horsepower original engine.

This is car # 14 of the 43 built and had been in the same owner's hands since 2004. Prior to that, it was in the same collection for 54 years and was restored by that owner. All the mechanicals were done as well as cosmetics and the car has only traveled a few hundred miles total in that time. In 2002 a leak down performance and compression tests were done. The car remains in high driver quality condition today having been fastidiously cared for in the ensuing years. It is a known car having been in the registry for many years.

This 1507 starts, runs, and drives effortlessly. The brakes, suspension and all mechanicals have been inspected this year. 1937 is a significant year as it was the first year for hydraulic brakes in Packards.