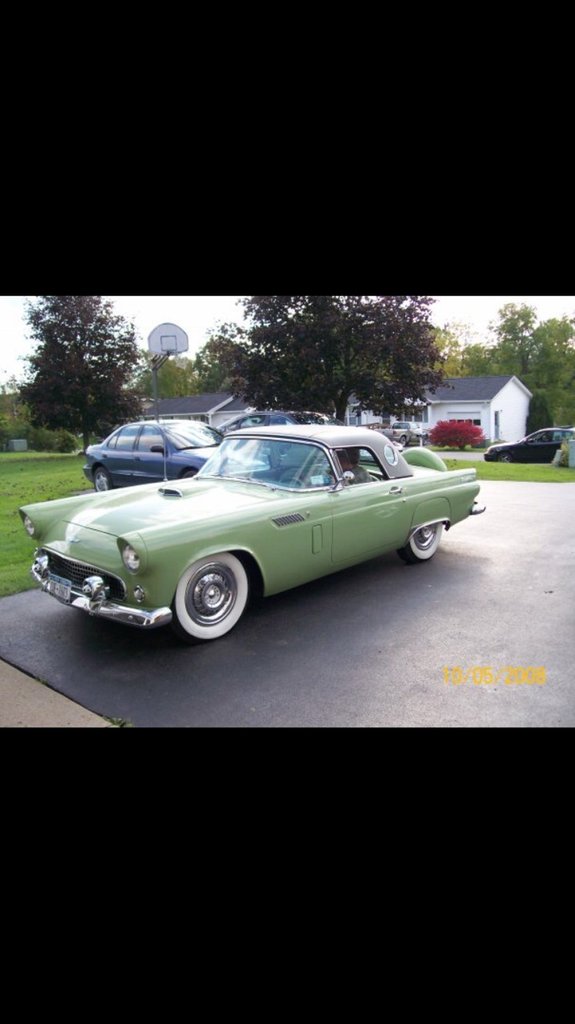 This 1956 T-Bird, from the second year of production, is a nuts and bolt restoration to the highest standards. It has been repainted in the original factory green, a very popular color in early Thunderbirds. The interior with a bench seat was recovered in green and white vinyl and looks as though it was delivered from the factory.

Mileage since new is an amazing 79,180 considering that his is a 60 year old car. It is difficult to find such original low mileage examples and in this condition.

To create more storage space in this two seat sporting car Ford went to a rear mounted continental tire kit in 1956 as seen on this car.

In this second year of production a more powerful 292 cu.in. V8 was introduced and is part of the package in this car. This engine delivered 202 HP through the 2-speed automatic transmission.

These first generation Thunderbirds are considered the purest examples of the marque. As such this car is desirable for any automotive collection.