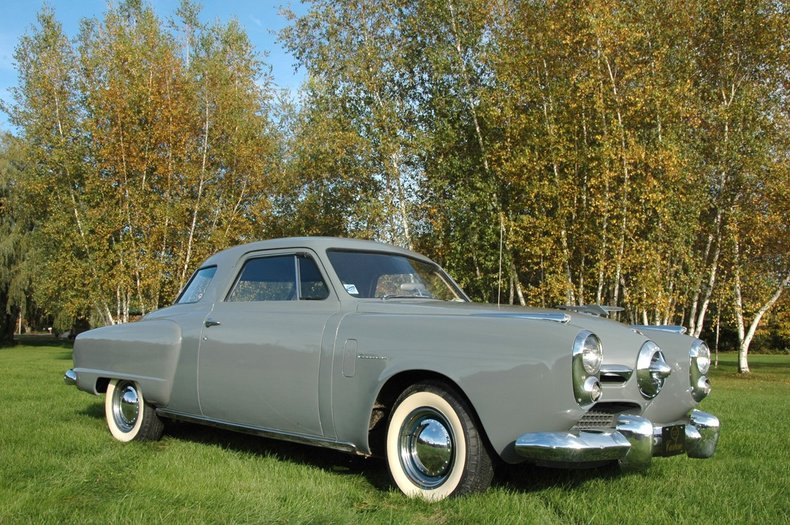 For those who grew up in the 1950s or are fans of the era, this Studebaker with its revolutionary styling is a memorable car and a rare addition to any collection. This car really made an impression on auto buyers. Based on the P51 fighter of WWII, Studebaker Coupe featured a bullet nose like an airplane fuselage.

The car did put off some auto buyers and it received mixed reviews in the day from those who couldn't tell if the car was coming or going.

The design was by Virgil Exner working for Raymond Loewy. His large four part wrap-around rear window closely resembled the front windshield creating the confusion. It was so futuristic other carmakers were forced to rethink their pedestrian designs.

This 2 door car is painted in “plaza grey”, an original Studebaker color while the interior has been redone in dark blue cloth. It is powered by a straight six, 245 cubic inch engine with a single barrel carb. The claimed output was 102 HP. The transmission is a three-speed column mounted shift.

The long time owner, son of a Studebaker dealer, describes this important car as both unusual and dependable with 99,576 original miles on the odometer.