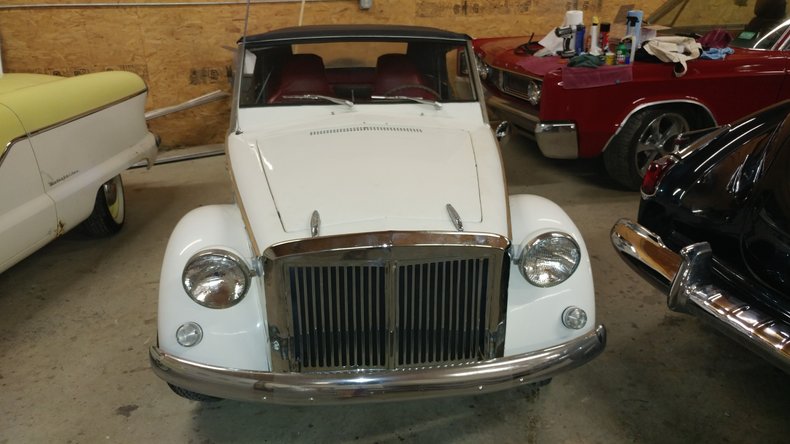 1969 Siata Spring
Cream White with a red interior. Recent mechanical overhaul . Red vinyl interior in great condition. New paint.
1968, after a detailed market research among Italian youth, Siata launched the Siata Spring, a sports car based on parts from Fiat 850, with front end styled by Enrico Fumia in 1966, The Siata Spring was produced until 1970, when Siata went bankrupt. It is estimated that there are less than 350 Siata Springs remaining.