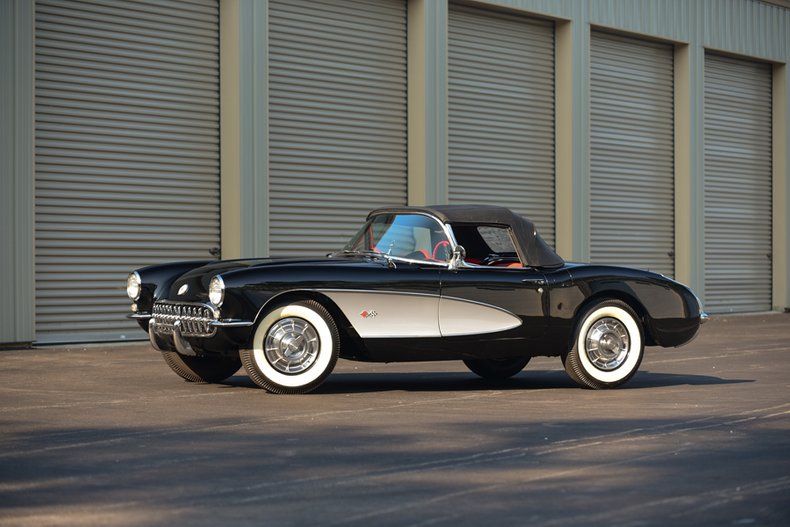 By 1957 the Chevrolet Corvette had evolved into a real sports car capable of taking on Europe's most prestigious examples. With its remarkable Onyx Black paint and stunning red bucket seats this is an outstanding example of that breakthrough Corvette.

After this new body style with its clean and purposeful lines was introduced in 1956, the next year saw a major performance upgrade to a 283 cu.in. V8 engine which delivered 245 h.p. with the 2 4-barrel Carter carburetors on this car. While a three speed manual transmission was standard on these cars this example has the much more desirable 4 speed manual transmission, which played in a major role in improving the Corvette's performance. A dual point distributor also helped make this Corvette quicker off the line.

According to the records that came with this car it had a significant restoration in 2005 and has been carefully garaged and maintained in the Dammerman Collection.
The black paint is flawless and beautifully set off with the silver side scoop. The red vinyl interior is pristine as well. White wall tires further set off the black paint. The interior features a restored AM radio. The convertible top is also black.

If you love sports cars, this highly desirable version of the first real American sports car belongs in your garage.