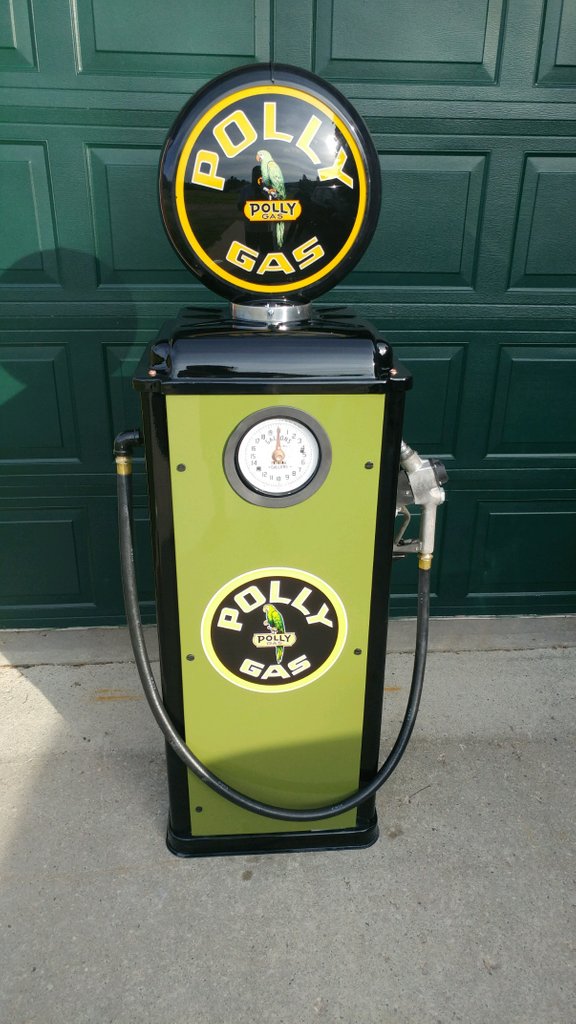 We have a fine example of a Martin and Schwartz Model 80 gas pump headquarted first in Buffalo, New York and moved Salisbury, Maryland. The company was taken over by Wayne 0il and Gasoline Pump Company in 1951.
Called a “clock face” because the pump's meter displayed the amount sold like a clock telling time. A hand on the face would indicate how much was purchased.
The history of Polly Gas is less clear. Polly Gas stations could be seen on the West Coast from the 1920's to the late 1950's. It was a group to independent stations that sold the Poly product. Sometime during the Depression, Wilshire Oil (formed in 1910 or 1919 depending on who you believe) bought Polly and continued to use the stunning green and black motif with the green parrot. Around 1960 Gulf bought Polly and the handsome pumps disappeared.
Not a working pump. Meant for display only. Does light up.