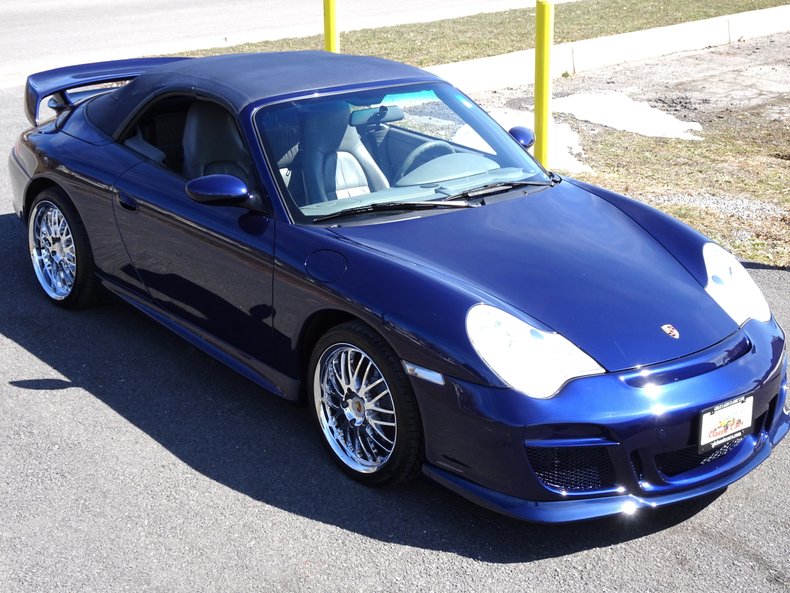 This Cabriolet Gets Thumbs Way Up Wherever It Goes!
Not Only Looks Great but as we said before IT'S A PORSCHE!
The Porsche 911 Carrera was last redesigned for 1999, but it earned a restyling for the 2002 model year. The updated version of this high-end sports car was unveiled at the Frankfurt Motor Show in Germany in September 2001. Additional power is part of the new package now that the rear-mounted six-cylinder engine has grown from 3.4 liters to 3.6 liters and its output has risen from 300 to 320 horsepower. The 911 Carrera's peak torque has increased from 258 to 273 pounds-feet.
These Carreras look more assertive.
Our beautiful 2dr Cabriolet stands our in rich metallic blue complimented by fine gray leather interior with matching top. An excellent vehicle ready to romp the countryside as only a Porsche can.