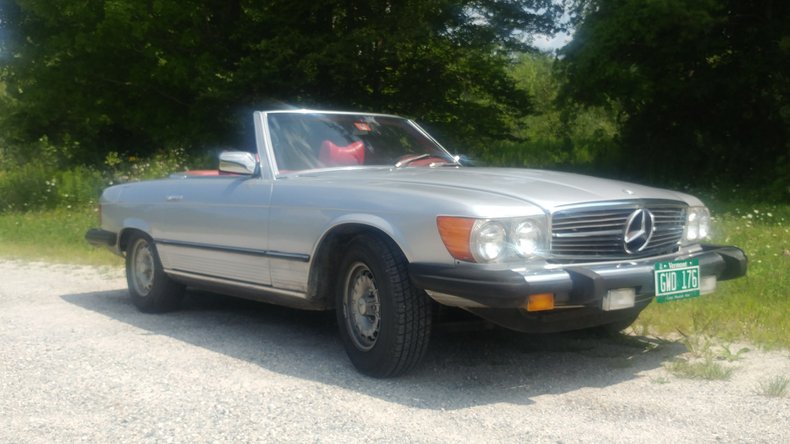 The Mercedes-Benz 450 SL was produced from 1973 through 1980. During its production lifespan, 66298 examples were created. The 350 and 450 SL were built as replacements for the 230, 250, and 280 SL model range. Under the hood was an eight-cylinder, OHC engine capable of carrying the car to a top speed of over 120 mph and sprint from zero-to-sixty in just over ten seconds. The 450 SL had the larger 4520 cc eight-cylinder engine while the 350 SL was powered by a 3499 cc unit.
This particular 450SL has been a daily summer/good weather driver. It has benefitted from a yearly spring and fall maintenance schedule and has been wintered in a heated garage. It has taken many long trips including a Vermont to Maine trip (a back) in June. The seats were recovered at some point and the repaint of the original silver still shows well. Overall a great driver in one of the most desirable color combinations.