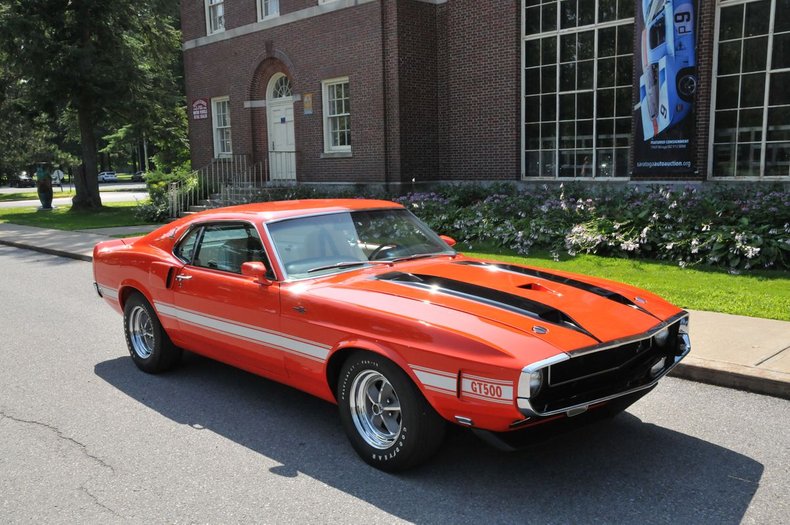 One of only 286 Shelby's released for 1970 and one of the most desirable of all the incredible cars produced by Shelby and Ford. The Shelby GT500 at the end of its development delivered serious performance.

With the optional “Drag Pack” the 428-cid Super Cobra Jet V8 is reputed to have developed more than 375 hp. The rear also features the “Traction Lok” option to deliver that power to the road. The 3-speed automatic transmission is floor mounted.

This is the fast back body style called “SportsRoof” in Calypso orange with the correct Shelby trim. The interior is in white vinyl. It features power steering and

The current owners say the car received a frame off restoration in 1992 with extensive mechanical upgrades to the engine, transmission and rear end. It was repainted in Competition Orange, original hardware was re-plated with correct finish and the factory markings were reapplied per the build sheet.

This Shelby GT 500 is in the official Shelby registry and features Carroll Shelby's autograph on the air cleaner.