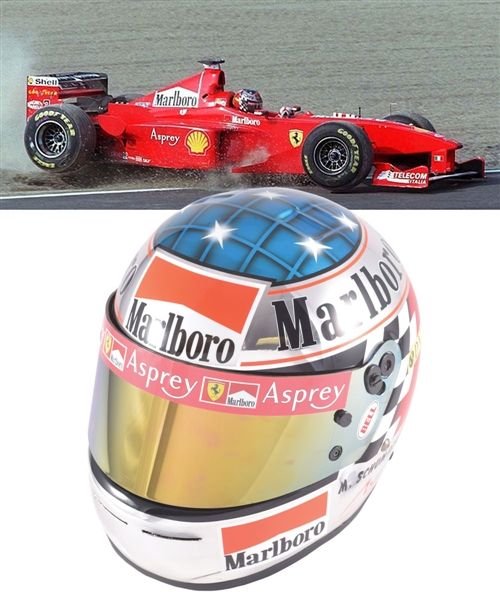 We offer this high-quality replica helmet is a spectacular tribute to Grand Prix racing legend Michael Schumacher. The seven-time Formula One world champion wore this one-off design style for the 1998 Japanese Grand Prix at Suzuka. From his first Formula One victory in the 1992 Belgian Grand Prix to his last in the 2006 Chinese Grand Prix, Schumacher racked up an astounding total of 91 Grand Prix wins. This real Bell racing helmet (2005) is a size medium with a gold-tinted visor and all logos painted as seen originally on all of Schumacher's race-used helmets, including “M. Schumacher” above the stylized MS logo on the bottom of both sides.