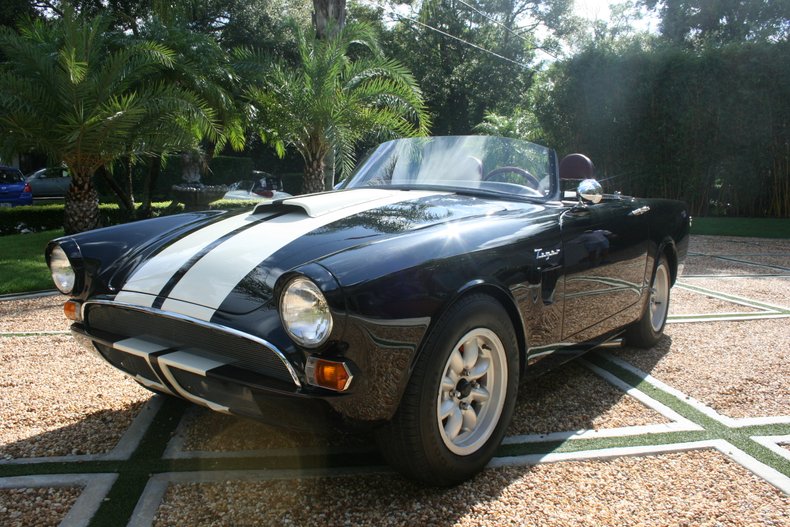 After World War 2, British car makers Allard, Nash-Healy, Bristol and Jensen all used American running gear. Why? Because American motors were plentiful and powerful. Buying motors was a lot cheaper than building your own. This especially true if you're building less than 100 cars. The pinnacle of this thinking is when Carroll Shelby put V-8's in an AC Ace and the Cobra legend was born.

British car maker Sunbeam in the early '60's built the Alpine. It was a very fine 2 seater with a 1700 cc 4 built to compete with MG and Triumph. Sunbeam wanted to make the Alpine more potent and found that a 260 ci Ford V-8, using a “shoe horn”, would fit in. The Alpine truly became a Tiger. All was fine until Sunbeam's parent company was bought by Chrysler. The use of a Ford engine became impossible.

For auction we have a custom version of a Tiger. The original 260 ci Ford V-8 has been replace with a 289. A 5 speed replaces the 4 speed. The red leather interior helps high light the black/white interior.

Please note this title is in transit.