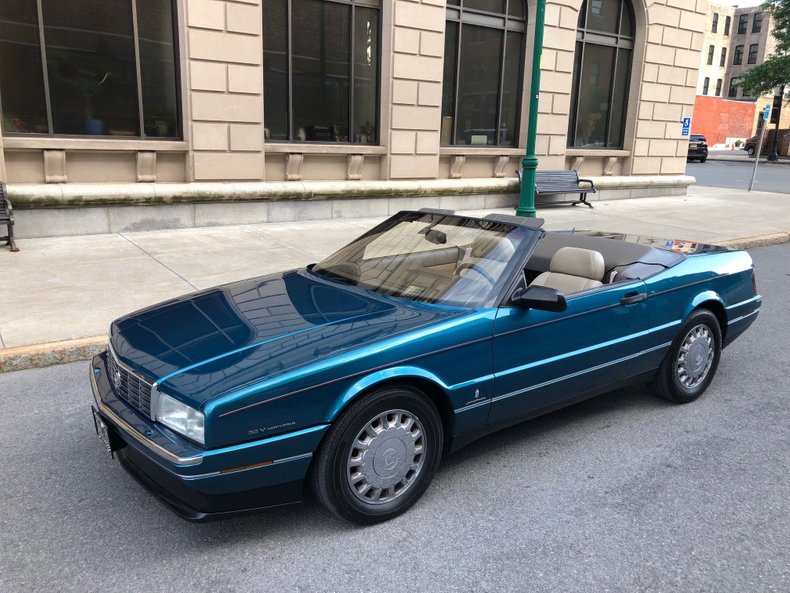 1993 Cadillac Allante - Convertible
*4.6 Liter - V8 - 295 hp
*Automatic Transmission
*Very Low Mileage, 29,XXX Actual Miles!!
*Last Year for the Allante and only year with the Northstar Engine
*1 of only 152 made in this Rare 1993 Only Color called Verde Flax(Teal Green Metallic) and 1 of 100 with Tan Leather
*Options include Special Paint and Chrome Wheels
*Runs and Drives Great with COLD Air Conditioning
The Cadillac Allante is a two-door, two-seater luxury roadster produced by Cadillac from 1987 until 1993. The Allante bodies were designed and manufactured in Italy by Pininfarina and were shipped 4,600 mi to the U.S. for final assembly with a Cadillac chassis and running gear. Specially equipped Boeing 747s departed Turin International Airport with 56 bodies at a time, a very expensive way to produce a car! Introduced in early 1992 for the 1993 model year, Allante was scaled down to just one model this year, the soft-top convertible priced at $59,975. The 1993 Allante was also chosen as the 1992 pace car for the 76th Indy 500 Indianapolis 500, the pace car was driven by Bobby Unser.