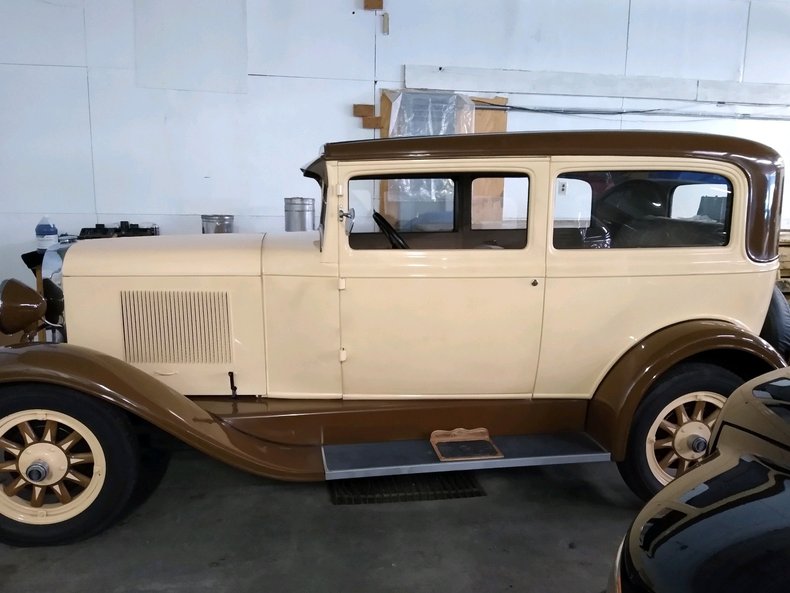 The 1930 Oldsmobile was available in a single model called the Model F-30 but could be purchased in three different trim levels consisting of the Base, Special, and Deluxe. Pricing began at just under $900 for the coupe and 2-door sedan. The most popular body style was the 4-door sedan which accounted for 19,087 in sales. During the year, Oldsmobile sales totaled nearly 50,000 vehicles.

Powering the Model F-30 was an inline six-cylinder engine displacing 197 cubic-inches and offering 62 horsepower. The engine was mated to a three-speed selective sliding gearbox with floor mounted controls. In the front were Bendix three-shoe brakes with the back having external contracting brakes.

This particular F-30, offered at no reserve, has 89,919 miles and was completely restored over 33 months with full documentation and photos. This lot also has the original sales, owners and operating documentation included. All of the proceeds of the sale of this F-30 return to the Saratoga Automobile Museum.