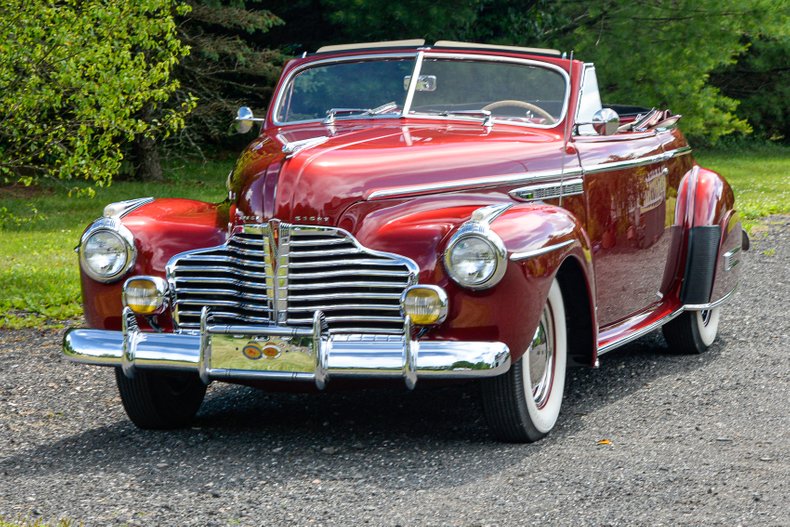 No expense has been spared to bring this Buick up to the highest standards of presentation. It is nearly perfect. As you would expect this is a numbers matching car. It comes with the original paperwork and books.

The hood is the unique piano hinged design which lifts from either side. Under the large hood the Buick Super featured the “Fireball” straight 8 engine with 248 cubic inches with dual carburetors. It produces a claimed 125 hp. Interestingly Buick used an overhead valve configuration when the manufacturers were still using an old-fashioned valve in block. The three-speed shift lever is column mounted.

The interior is simply striking. Superbly restored in red trim with a deep red bench seat big enough for three.

The beautiful dashboard is an excellent example of industrial design from the art deco era. It includes full instrumentation with a radio set at the foot of a chrome panel. There is also a clock set into a metallic glove compartment door.

The striking design is credited to Harley Earl, the famous head of design for GM and is an early example of his longer, lower and wider philosophy that culminated in his designs of the late 1950s.