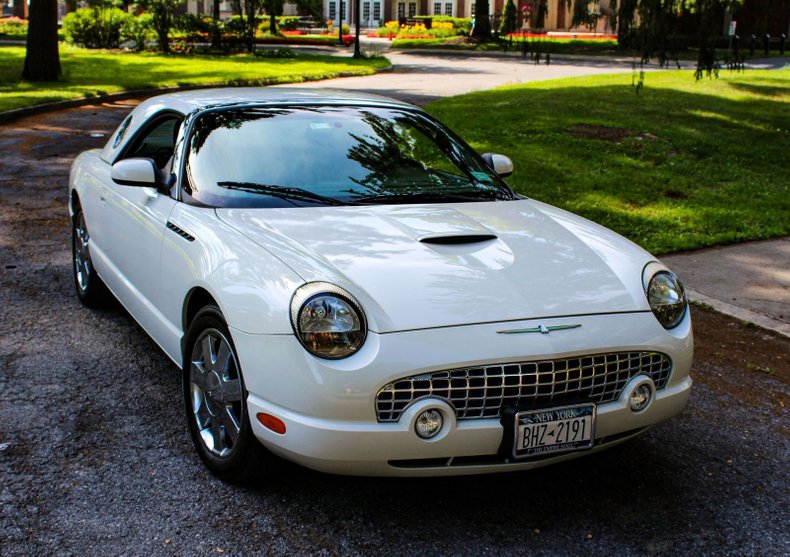 The eleventh-generation Thunderbird was produced from 2002 to 2005 and is considered a grand touring convertible that was styled to look similar to the first-generation Thunderbird from 1955. The new generation featured a removable hardtop with prominent circular windows and a power folding top that could be lowered in just ten seconds.

This one-owner, since new, Thunderbird has the 3.9L, 32 valve, eight-cylinder DOHC engine with automatic transmission. It has only 22,145 owner-stated, original miles and is loaded with leather and power seats, windows, locks, steering, hardtop and comes with dual exhaust.