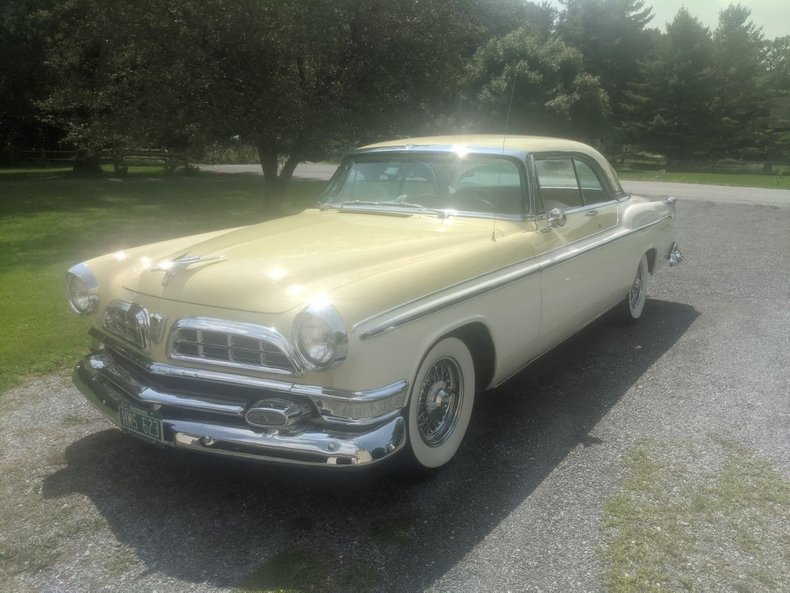 From the first McDonald's Museum comes a pristine 1955 Chrysler New Yorker. Upon owner Ray Kroc's death, the McDonalds Corporation commissioned an exact replica of Store #1 in Des Plaines, Illinois to honor the fast food giant. In that same year, 1984, a full size representation was constructed as a museum to highlight McDonalds heritage.

To enhance the display, four 1955 model year cars were purchased to create the feel and look of that era. Included were a 1955 Ford, a 1955 Chevy, a 1955 Oldsmobile and the 1955 Chrysler New Yorker consigned to the auction. The current owner has spent thousands of dollars to its 90% originality and the mileage appears correct as the interior, chrome, and paint reflect little to no wear or damage. The owner shows the car regularly in local car shows and has won many awards. According to the owner, the Chrysler “runs and drives like a new 1955 Chrysler.” The all new for 1955 Chrysler New Yorker St Regis is powered by the “FirePower” 331 cubic inch V8 producing 250 Horsepower. Power was transmitted through a pushbutton automatic “Powerflight” transmission.

A truly historic, once in a lifetime opportunity to own a piece of the McDonald's restaurant legacy.