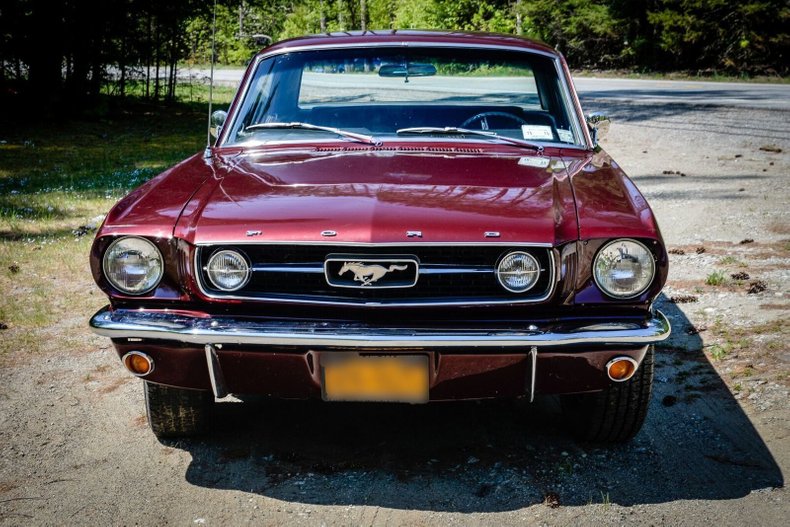 According to the owner this Mustang Coupe was restored with GT trim about 2005. Originally a Canadian car, it was painted a deep maroon and restored with a new Ford “A” code 289 cu.in. V8 engine with a Demon four-barrel carb and Demon headers. It also features a four speed floor mounted transmission.

The suspension has been improved with a new rear sway bar.

The interior boasts black bucket seats in the front and a bench seat in the back.
It is equipped with a radio and 8-track but both need repair.