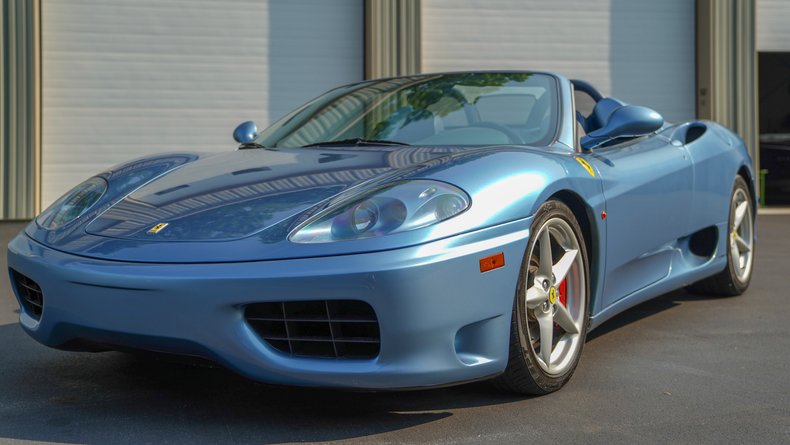 Ferrari first introduced the aluminum bodied and curvy 360 as a coupe in 1999 but an open top spider version was always planned and the spider came out in 2001. The 360 represented a substantial improvement in performance with a new 3.6-liter 90 degree V-8 that produced some 400 h.p. A lighter aluminum body also helped

This particular Ferrari 360 has the F1 paddle style 6-speed automatic transmission.
Passenger safety is enhanced on this spider with a strengthened windscreen frame and roll bars.

A metallic blue color with a blue leather interior and a blue convertible top create a car that can only be called stunningly beautiful. Despite the mid-engine configuration there is room to store the electrically operated top behind the passenger compartment.

As a 2003 model this Ferrari 360 is free of some of the minor problems that plagued 360s in earlier years. This is a practical driver that is also ready to be shown and enjoyed.