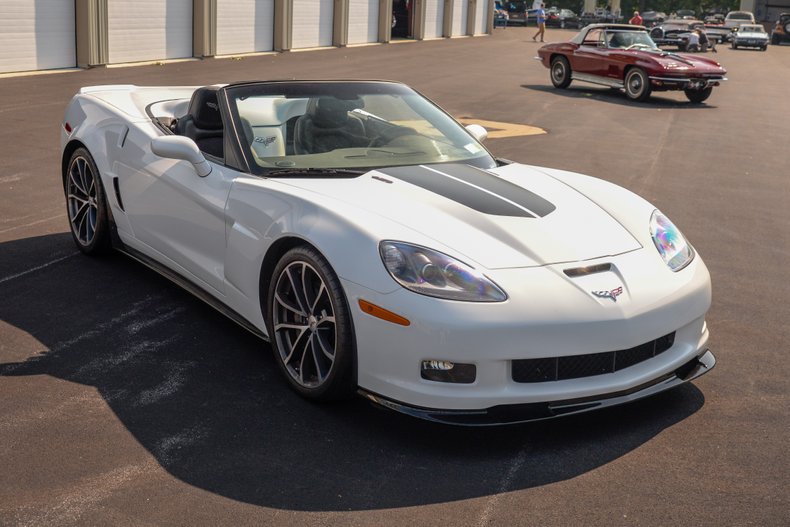 2013 marked the 60th anniversary of the Corvette's debut and the final year of the C6 Corvette model. This is one of those special cars and it is almost brand new with less than 1500 miles!

A black hood bulge adorned with 427 badge says this Corvette has power and performance. The 427 cu.in. V-8 delivers super car power that pushes you back in the seats. It is married to a six speed manual transmission capable of handling all 505 horses stunning American power.

The low smooth sculpted lines of this Corvette in white with a black interior and black convertible top says this is a true super car and among a very select group with both the road and racing performance to win worldwide respect .

It goes almost without saying but this car is already highly desirable and a very collectable version of the Corvette.