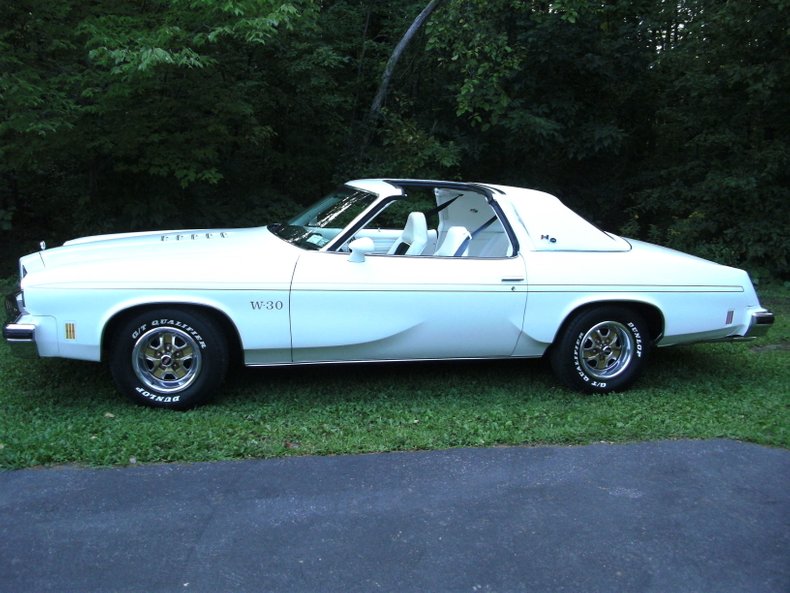 Hurst/Olds collaborations were typically performance based, but by 1975, that commodity was pretty hard to come by. Emission controls had put the vice grips on muscle cars. But Hurst/ Olds had answered the call with a 455 cubic inch big block. Hurst / Olds shifted gears in '75 , emphasizing on the open air appeal of their new, T-top equipped model. Color choices were simple- black or white-with complementary or contrasting vinyl roofs. Special features included swivel bucket seats and of course a Hurst Dual-Gate shifter. The '75 models were still quick for their era, slick in their graphics and rare on the roadways. Just 2,535 H/O's were sold in the model year 1975.