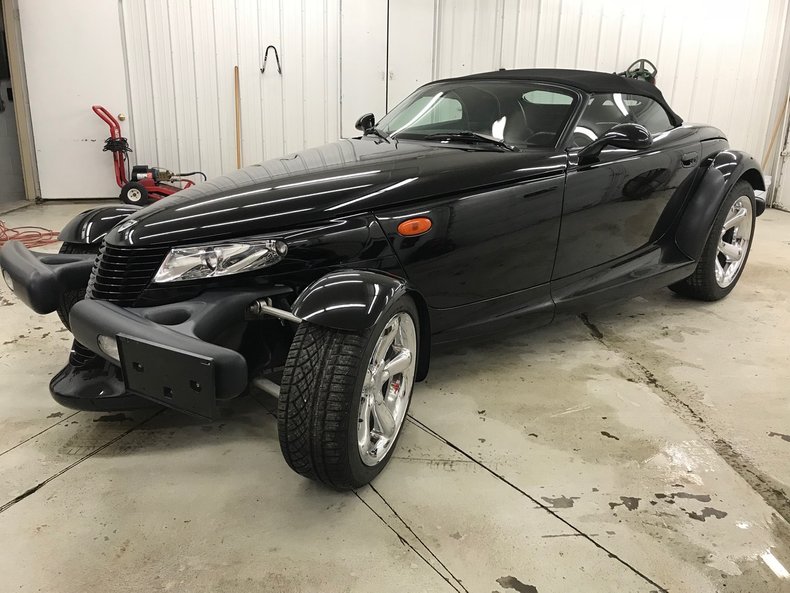 In 1993 Chrysler presented a concept car called the Prowler. The Prowler was an updated version of a Hot Rod based on a 30's Ford. It was a big hit on the show circuit and Chrysler went to working on making a production version and selling it as a Plymouth.

Based on a design by custom car genius “Chip” Foose, the retro-roadster took shape. It would use the Chrysler LHS' 3.5 liter SOHC V-6 and the Prowler, with the 42LE Autostick semi-automatic transmission, would be the only, other than C5 Corvette, American car with a rear trans axle. This gave the Prowler true 50/50 balance.

Though it may look and run like a Hot Rod, it offers all creature comforts of a luxury car. Power steering, power windows, power seats, power locks, power brakes, and A/C.