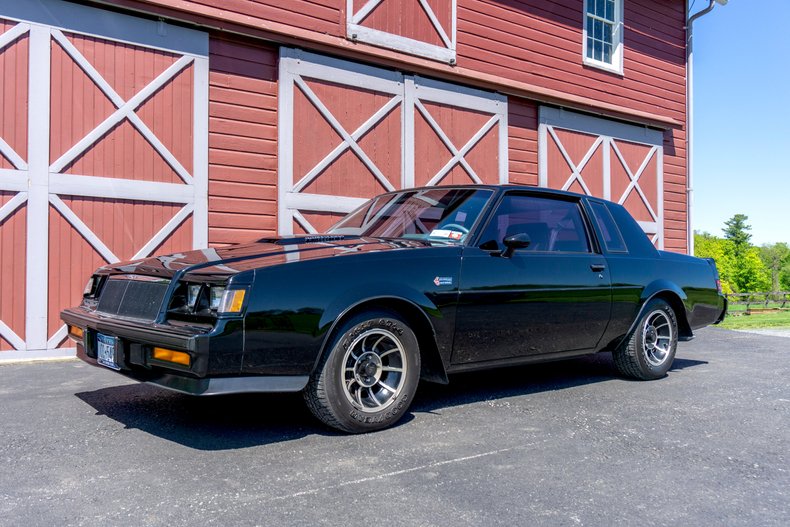 In February 1982, the Regal Grand National debuted, which was named for the NASCAR Winston Cup Grand National Series Buick had won the Manufacturers Cup in 1981 and 1982 and wanted to capitalize on that racing success. "What wins on Sunday, sells on Monday" became the selling moto for the Buick Grand Nationals.

The turbocharged 3.8L became the standard and was refined with sequential fuel injection, distributor-less computer-controlled ignition, and boasted 200 horsepower.

This particular extremely clean, two-owner Grand National was ordered the power windows but arrived with crank windows. This car has been barn kept with the battery on a tender and comes with all original window sticker and bill of sale documents.