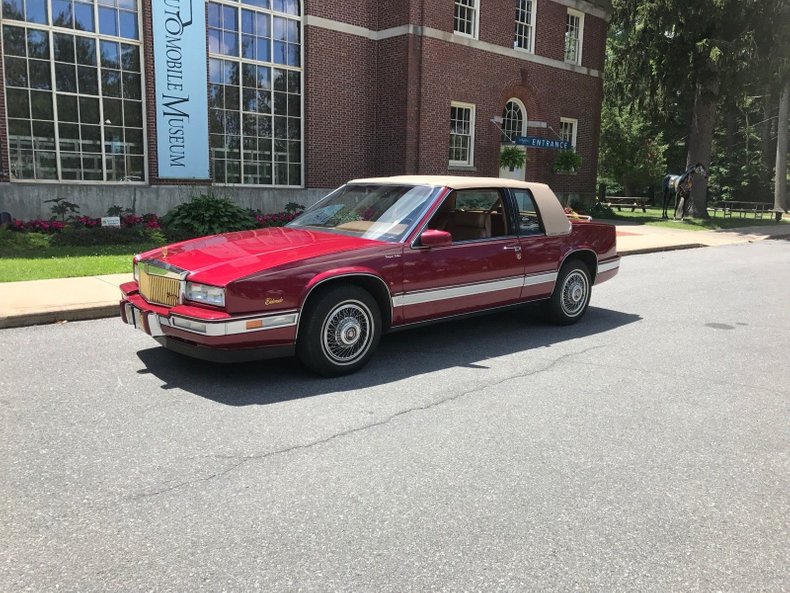 1988 was met with an extensive restyle, and sales nearly doubled from the previous year, up to 33,210. While the wheelbase, doors, roof, and glass remained relatively unchanged, new body design gave the 1988 model a more "Eldorado" appearance. Now available in 17 exterior colors (previously 19), the new Eldorado was 3" longer than last year. Underneath the restyled hood was Cadillac's new 155 horsepower 4.5 liter V8. A comprehensive anti-lock braking system. Longer front fenders held "bladed" tips, and a new grille above the revamped front bumper. In back, new three-sided tail lamps - reminiscent of the 1987 Deville - appeared along with a new bumper and trunk lid. Bladed 14" aluminum wheels remained standard, while an optional 15" snowflake-pattern alloy wheel was included with the Touring Suspension option. The original car sold for $24,891. This 1988 restyle would be the last, until the model was replaced by an all-new Eldorado for 1992.