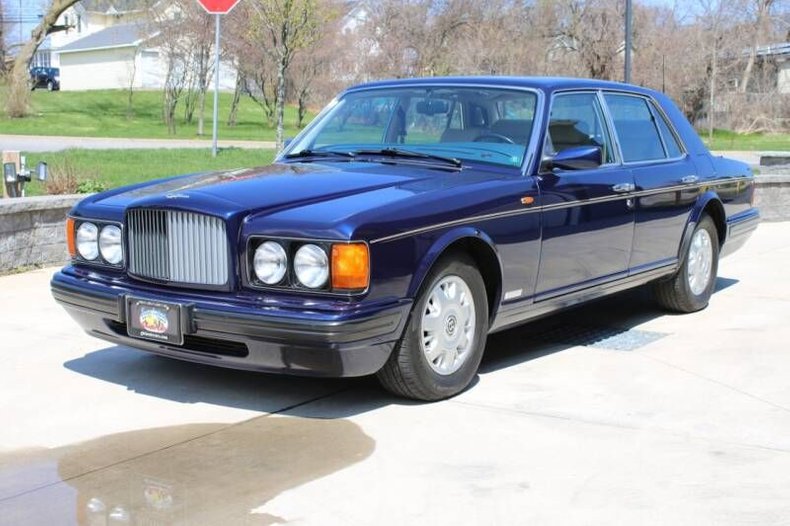 Formerly Owned by Well known and Regarded Artist, Designer, and Sculptor and Collector Wendell Castle as his Personal Car!
Meticulously Maintained and Obviously Well Preserved Among Investment Vehicles of the like and higher caliber.The Bentley Brooklands was introduced in 1992 as a replacement for the Bentley Mulsanne S and Bentley Eight models.

The Brooklands continued Bentley's relatively angular design theme, which was also used on contemporary Rolls-Royce vehicles, throughout the 1980's and early 1990's. The exterior design featured the classic Bentley waterfall grille as well as dual headlights with wraparound parking lights. As in many Bentley and Rolls-Royce vehicles, the Brooklands also featured the trademark descending bootlid and chrome B-pillars.
The interior remained relatively unchanged from previous Bentley models, with more curvaceous design elements surrounding the leather-wrapped centre console. The steering wheel and interior door panels remained largely unchanged; the major change arrived in the form of relocating the gear selector to the centre console - for decades the standard practice among R-R and Bentley models utilized a steering column mounted selector. The interior continued to be surrounded by ample woodgrain which featured engraved, lighter-colored outlines on the door panels.
In the U.S. prices for the Brooklands started at around $156,500.
Over $235K In today's Dollars.