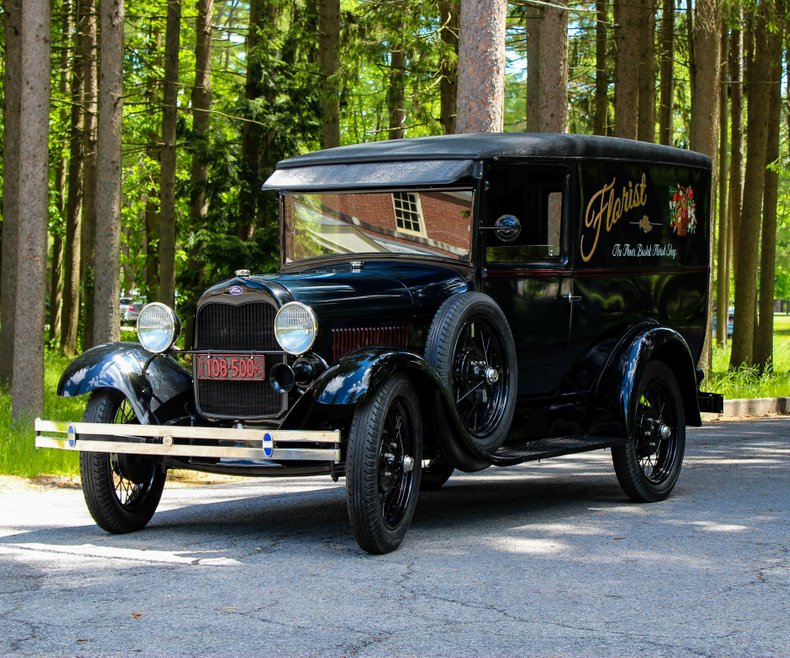 The Ford Model A replaced the Model T and was produced from 1928 to 1931. The Model A became Ford's second market success. Model As came in various configurations, including a truck chassis that also included delivery vehicles.

The Model A engines were a water-cooled L-head in-line four with a displacement of 201 cu in (3.3L). This engine generated 40 horsepower with a top speed of about 65 mph. The Model A had a 103.5 in wheelbase with a drive ratio of 3.77:1. The transmission was a conventional unsynchronized three-speed sliding gear manual with a single speed reverse. The Model A had four-wheel mechanical drum brakes.

This particular Model A delivery vehicle has been through a full ground up restoration and features a unique, fresh paint in dark blue and black with striking red pin stripe and accent lines. This Model A also includes extensive graphic artwork and gold-leaf. The featured floral basket was copied from an original 1929 oil painting and the FTD livery on the back two door panels was extensively researched and reproduced to match the correct time period.