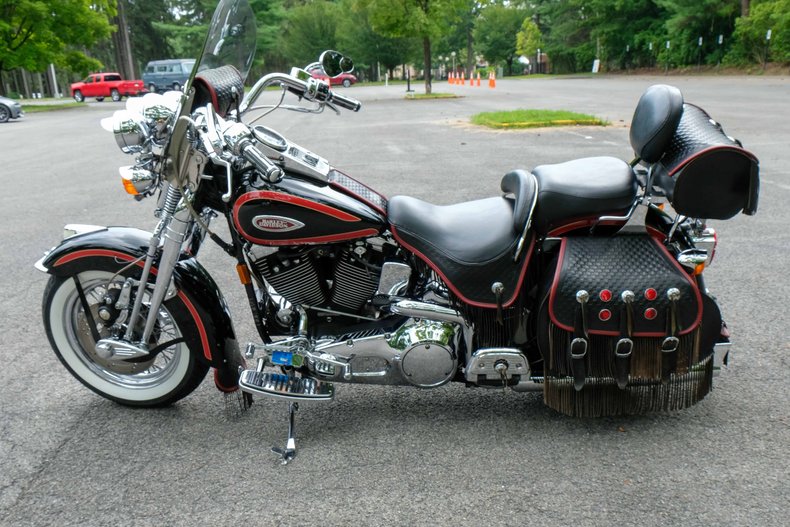 We are offering for auction a magnificent all original recreation of a classic 1948 Harely-Davidson the Heritage Springer.

While the engine remains similar to the original V-twin panhead of 1948, it is now 6 cu in bigger, modern alloy cylinders, 5 speeds and electronic ignition. It still has some old “charm” by not having a counter balancer and no rubber on the engine mounts.

Though the bike recalls the Springer suspension, there some modern updates with the most important being disc brakes. The bike also has a rear suspension system. Using Harley's Softail configuration with the dampers laid out horizontally out of sight to maintain the illusion of 1948. Even the front now has a shock.

This bike has a great nostalgic look but with modern amenities.