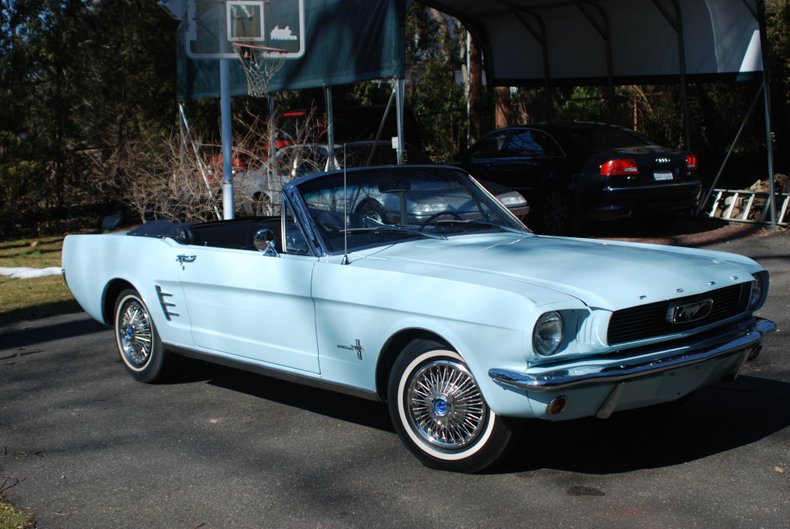 ONE of 3190 convertibles WITH a BENCH SEAT out of a 72,038 convertibles built with a total production of 607,578 cars built for 1966. When you add in the Ford A/C (only 9.5% of total production) and Power Top, this is one rare Convertible.
The car was used in 2014 as promotion for a “Jersey Boys” performance
Mileage Current 1,856 bought in 2010 with 99,079. In 2006 this car was sold by Kruse Auctions in Texas with 98,990 miles
FULL FRAME OFF RESTORATION: Appraised at $32,650 in 2007
Exterior Arcadian Blue
Interior Black Vinyl
Engine 200ci Six rated at 120hp
Transmission 3 speed C4 Automatic with console shift
Brakes conversion upgrade to front disc brakes and dual master cylinder
Eleven Factory Options highlighted in “yellow” below including:
1. AC with Tinted Windows
2. Bench Seat
3. 4 way Flashers
4. Chrome panel package with Knock Off Wire Wheel Covers
5. Front Disc Brake conversion in 2014