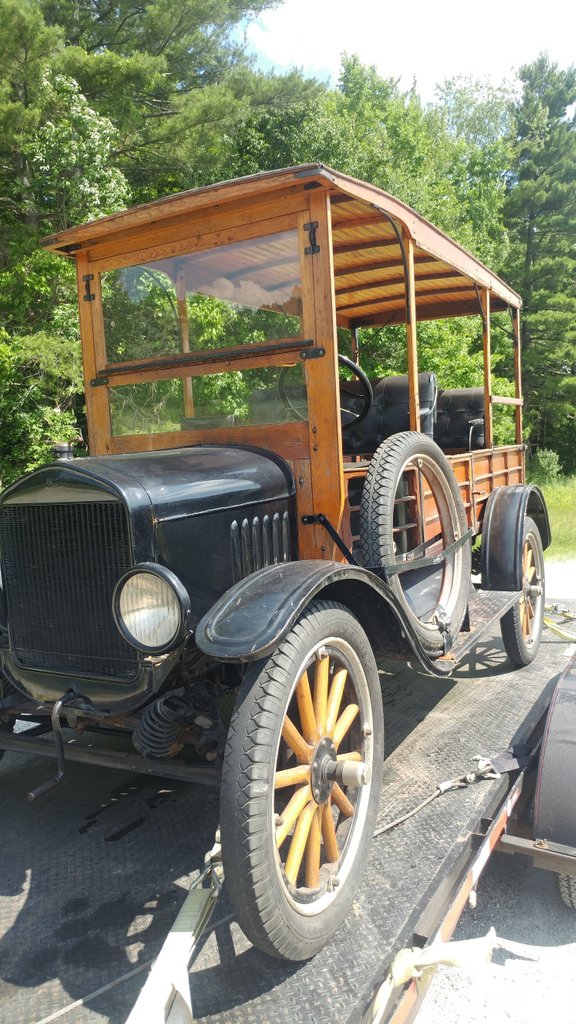 1923 Ford Model T Depot Hack
The names “station wagon” and “depot hack” did not come into existence by coincidence. In the early days of the automobile, the only way to get from city to city was by train. A road network had yet to be developed, and automobiles were not feasible for long-distance travel. Quite simply, people took the train, and once they arrived at their destination, there were no rental cars. Taxi cabs were not only expensive, but they did not exist anywhere but in the largest cities. That left the average American with two alternatives: walk or take the street car . . . if there was one.
Enter the station wagon. These were typically vehicles sent by hotels to pick up visitors and their baggage to bring them back to the hotel. They were wagons sent to the station or hacks sent to the depot, thus “station wagon” or “depot hack.” This quickly gave rise to a new cottage industry, as wagon builders typically took truck or large-car chassis and added a simple wooden body with many seats and room for luggage.
This Depot Hack is in a virtually unrestored condition. With the exception of a starter being added and an early replacement of the floorboards, this T is in nearly original condition. The car has been gone through mechanically and runs like a Model T should. The consignor has purposely left the cosmetics untouched. It rides on brand new blackwall tires.
22 hp, 176 cu. in. side-valve L-head inline four-cylinder engine, two-speed planetary transmission, front and rear solid axles with transverse leaf springs, and hand-operated rear-wheel mechanical brakes.
A nice running and driving example, this old woody will set itself apart with its “original, untouched” feel.