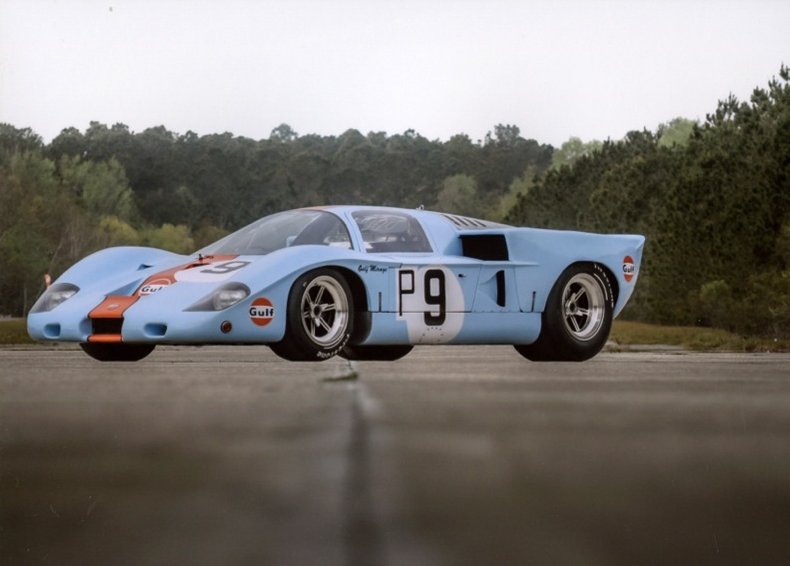 1969 John Wyer Gulf Mirage M2/300/03 BRM V-12. One of 3 produced by John Wyer Automotive Engineering for the 1969 World Sports Car Championship. Only remaining car returned to its original as raced condition. Complete fresh concours restoration with an emphasis on originality and authenticity. Raced during 1969 season with David Hobbs and Mike Hailwood driving. Highest placed race finisher of the 3 chassis built.

It is rare that an Iconic John Wyer Gulf racing car is offered for sale and a unique opportunity to own a part of that racing legacy with the Race Ready Mirage M2/300/03.

Please note this vehicle is being sold on Bill of Sale only.